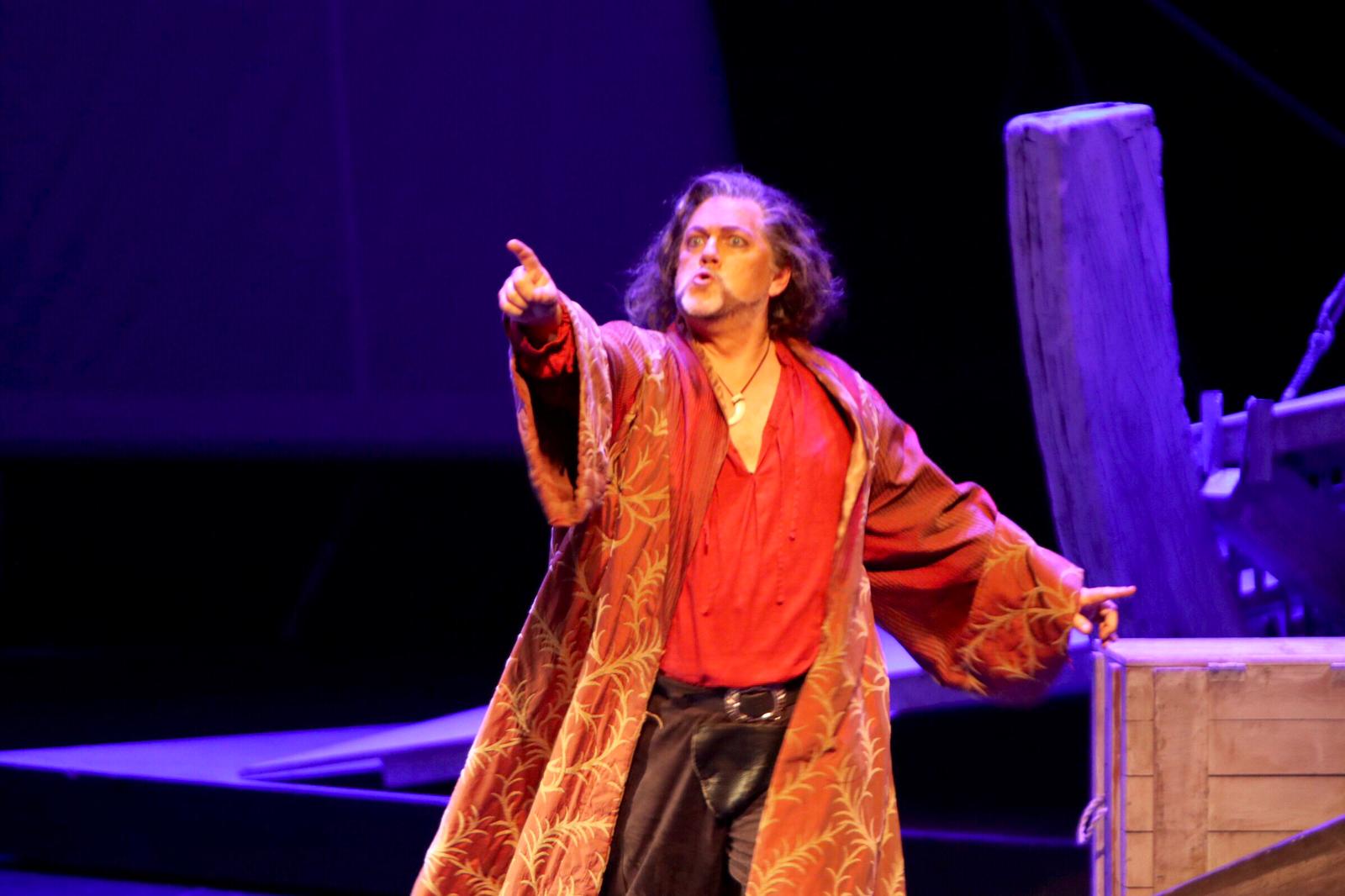 Verdi’s penultimate work, Otello, was staged at the Teatro Baluarte of Pamplona on January 31st and February 3rd. Gregory Kunde was the Moor of Venice in this Teatro Principal de Palma production with stage direction by Alfonso Romero Mora. As on other occasions in which the American tenor has given life to Otello, both Verdi’s and Rossini’s,  his performance was highly acclaimed by both critics and audiences. The following words of praise have appeared in the specialized media:

– “Does Gregory Kunde have the voice for Otello? Probably not, but can a better Otello be heard today? You can count them on the fingers of one hand. So, those of us who went to Teatro Baluarte for a performance of one of those “second division” seasons were very lucky indeed to hear a “first division” tenor. I have had the chance to see the Illinois-born singer quite a few times and this is the most noteworthy performance I remember.  This is because Kunde’s Otello was not overly hysterical, his acting was subtle and unerring, and especially because he had a powerful voice, solid high notes and some very special moments: to give just one example I would say that his Dio! Mi potevi scagliar was beautiful, very well sung. We are very fortunate to have had this dedicated professional at the Baluarte.” Enrique Bert (Platea Magazine)

– “The Moor of Venice was yet again the American tenor Gregory Kunde, who has become the most highly acclaimed protagonist of this opera since he sang it for the first time seven years ago at La Fenice, in Venice. It is not that Kunde’s voice is particularly suited to the role, because it does not have the baritonal colour of other great performers in this opera’s history, but his singing and stage performance are always brilliant. Despite the fact that he turns 65 next month, he is still in great shape and continues to be an Otello worthy of all respect. I just had another look at Jonas Kaufmann performing this role and it seems to me that the more effective interpretation, in all senses, is that of Kunde.” José María Irunzun (Beckmesser)

– “The main attraction of the performance was, from the outset, the Otello of Gregory Kunde. The American tenor is one of the few singers of today (perhaps the only one) who can take on this role with absolute confidence in his ability. This became clear the minute he opened his mouth, but later on Kunde also shows us that he knows how to phrase (end of first act) and how to keep his nerves under control when the character explodes in anger.” Xabier Armendáriz (Diario de Navarra)

– Kunde (Otello) performs with his characteristic voice, which is powerful and full of harmonics in the central and high notes but changes colour at some moments of the phrasing. Teobaldos (Noticias de Navarra)

– “In the leading role, Gregory Kunde. It is well known that Otello is the dramatic tenor role par excellence. While the American singer does not have as much fullness in the low notes as is usually considered necessary, he offered a grand Otello to the audience at the Teatro Baluarte. His voice has a more polished timbre in the middle and upper ranges (and what amazing nobility in the voice) and undeniable strength. Kunde’s Otello overflows with talent and sensitivity.” Ana Ramírez (Navarra.com)

– “And now we come to that vocal phenomenon named Gregory Kunde. It has been over 17 years since I discovered him thanks to his recording of Lakmé, back when he sang roles for light lyric tenors. Now a spinto tenor, he has given us many wonderful evenings, but of all the Kunde performances that I have seen, this one is doubtless among the best. (…) In an effort to keep it short (because his performance allows for paragraphs and paragraphs of commentary), I would say that his “Dio mi potevi scagliar” was that of a lyric tenor, subtle, sensitive, sorrowful, but with the necessary punch in the high notes (that final “O gioia” was potent, perfectly attacked and placed), while his “Niun mi tema” was an interpretative recital that showed exactly how Otello should die. If his “Un bacio… un bacio ancora” in the duet of Act I were already outstanding, here they were magical, to the point of bringing tears to my eyes. Natan González (Remembering Stars)

– “Kunde created, with absolute solidity and full dedication to his interpretation, a character who was suitably contradictory at the libretto level and full and brilliant at the vocal level. A great voice that carries with it the halo of someone who is beyond any doubt one of the greatest opera and stage figures of today. Because it is not just a question of singing well; this particular role requires a tremendous outflow of energy and passion, which the tenor made his own and demonstrated on stage with a complete mastery of the dramatic elements.” Iñígo Pereyra (El Puente Lejano)