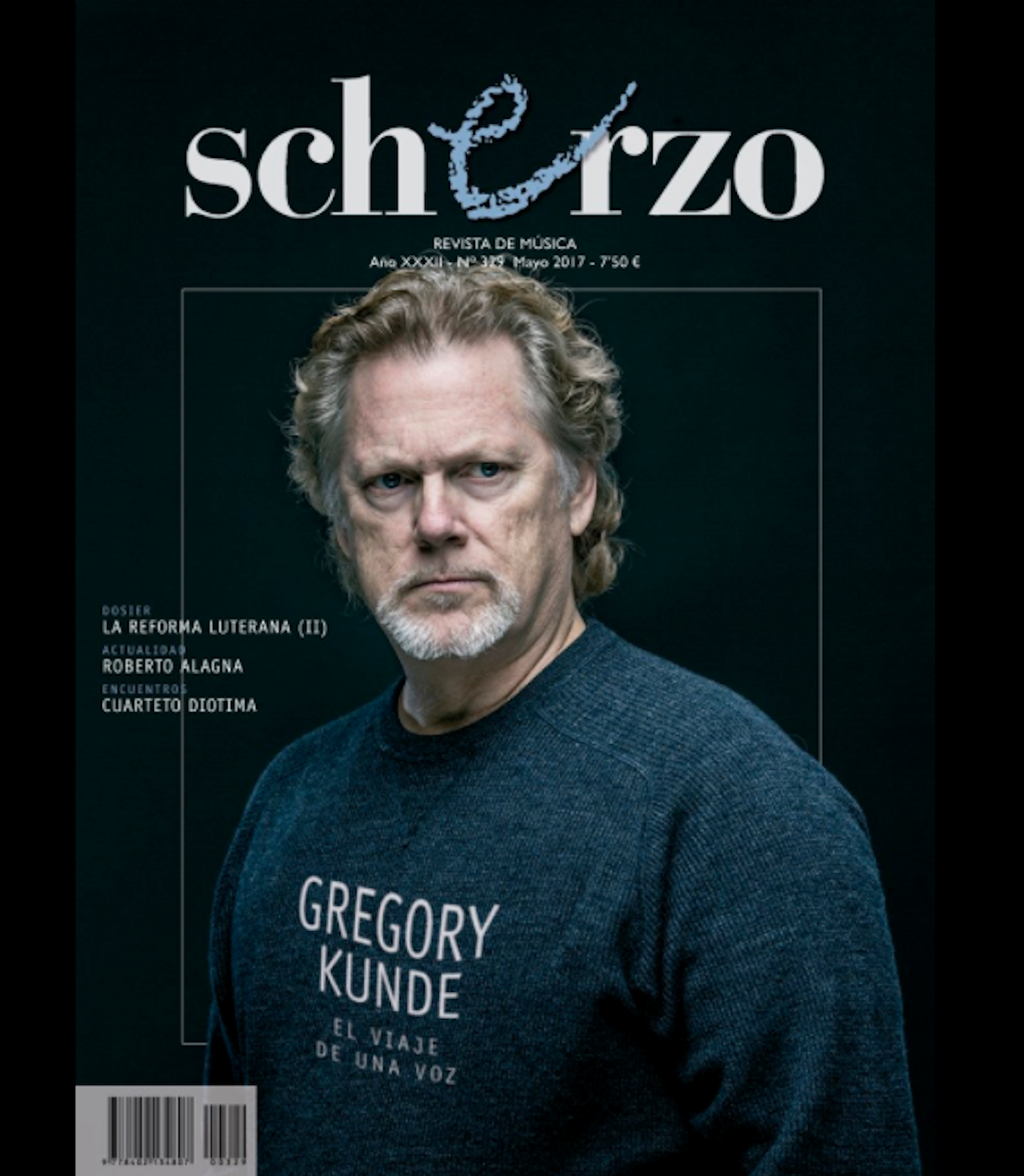 Also, this month he is on the cover of the prestigious music magazine Scherzo

On May 19th the well-known digital magazine OperaWire published an extensive interview with the tenor Gregory Kunde. The interview, conducted by Francisco Salazar, is entitled A second wind – Tenor Gregory Kunde on his return to the U.S., his major career shift & making history. The conversation touches mainly upon Kunde’s return to the stages of his home country with his recent performance in Florida and what this has meant to him, his love for making music with good friends and his upcoming engagements: Andrea Chénier in Bilbao and Verdi’s Otello at the Royal Opera House of London.

In addition, the music magazine Scherzo dedicated this month’s cover to the American tenor. Inside we also find an extensive interview with Rafael Banús Irusta, in which the two men discuss mainly Kunde’s new record, Vincerò!, which is now on sale and contains some of the greatest arias composed by Verdi and Puccini, among others. It was recorded last August at the Auditorio Baluarte of Pamplona, with the Orquesta Sinfónica de Navarra and Maestro Ramón Tebar conducting.

Links to the interviews in OperaWire and Scherzo