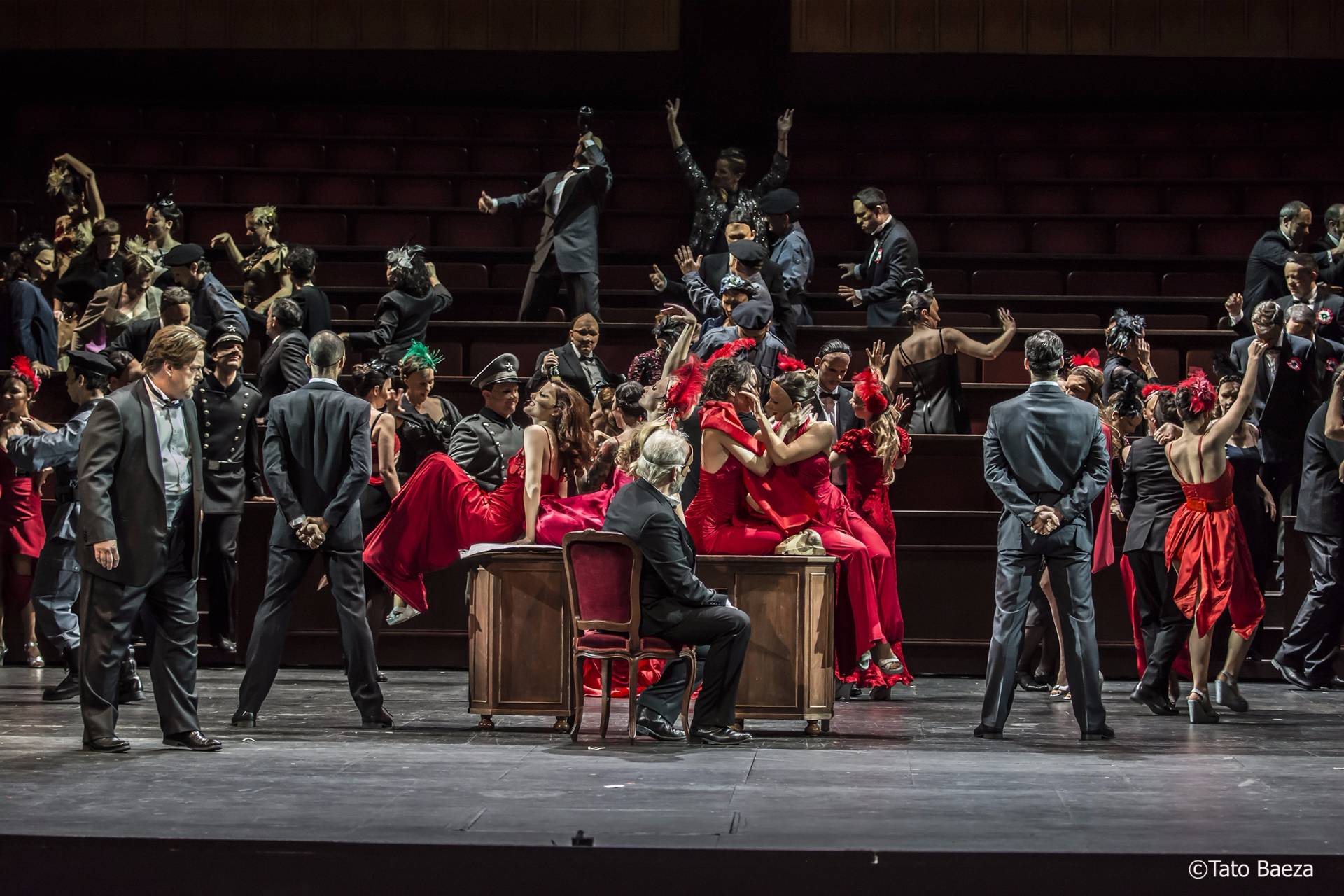 The Palau de Les Arts de Valencia will debut, this December 10th, the opera I vespri siciliani. This contemporary production invites the audience to reflect on the topics of power and propaganda, said the director Davide Livermore at the presentation. The other performances are scheduled for the 13th, 16th, 18th and 21st of this month.

The cast will be headed by the American tenor Gregory Kunde, in the role of Arrigo. Kunde, since his mythic Otello in 2013, has been present in all of the opera seasons at Les Arts. At the press conference the singer recalled that his performance as Arrigo in 2011 was his first Verdian role and also his first collaboration with Davide Livermore, and it marked the beginning of a successful period that has made him one of the most sought-after tenors for the seasons of the world’s best opera houses. Roberto Abbado, the principal conductor of the Orquestra de la Comunitat Valenciana, will be in charge of the musical direction of this opera, the first of the 2016-2017 season concerts. The production is by the Teatro Regio di Torino and the ABAO and stage direction is by Davide Livermore. With this work Turin commemorated, in 2011, the 150th anniversary of Italian unification.