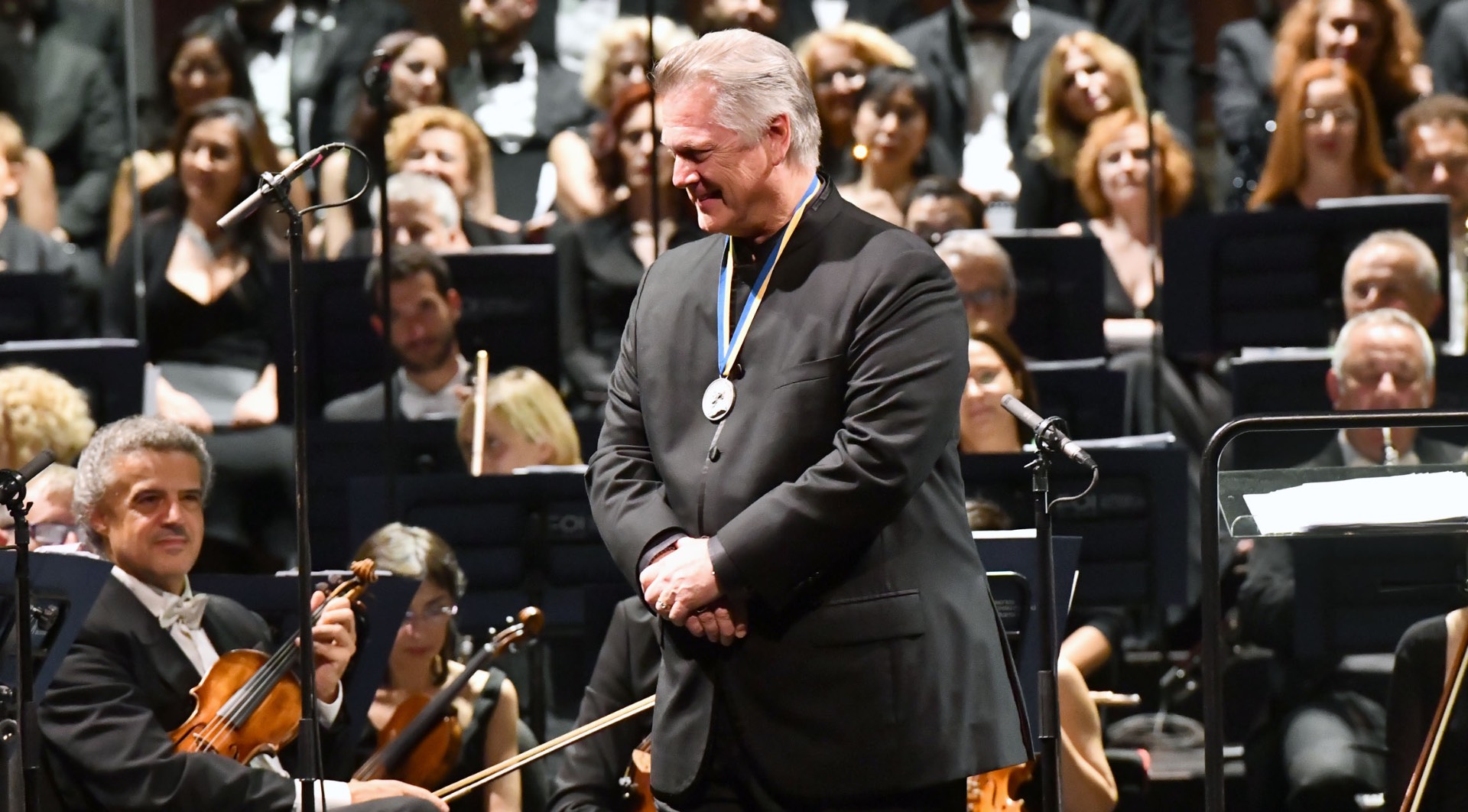 Last Tuesday, October 16th, the “Fuoco di Gioia” Gala took place at the Teatro Regio de Parma. During the evening tenor GregoryKunde received the “Cavalierato di Verdi” from the CLUB DEI 27 appassionati verdiani, the group that organised the benefit concert as part of the Festival Verdi 2018. Kunde is the first tenor to be honoured with this recognition since Josep Carreras received it in 2005. It was a fantastic evening that brought together music and solidarity.

The American artist performed at the much-applauded event, along with colleagues Anna Pirozzi, Sebastian Catana, Cristina Melis, Marta Torbidoni and Susanna Branchini. Together they gave life to this passionate celebration of Verdi, which included more than three hours of music with the most beautiful scenes, arias, choruses and symphonies composed by the Maestro.