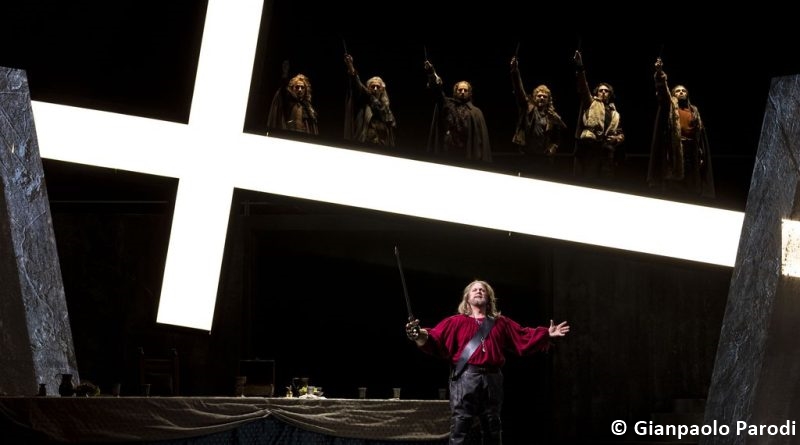 It is, once again, the same co-production by Ferrara with the Municipale di Piacenza and the Teatro Valli di Reggio Emilia, under the stage direction of Gianmaria Aliverta.

Gregory Kunde, who in Piacenza “received the applause of the audience, still hypnotised by the beauty of what they had just heard” after “incredible ten minutes of beautiful singing, impeccable phrasing and a variety of colours and dynamics” as Patrizia Monteverdi (Opera Click) said, will once more share the stage with Francesca Dotto as Elvira, Evgeny Stavinsky performing as Don Ruy Gomez de Silva, Ernesto Petti as Don Carlo, Raffaele Feo in the role of Don Riccardo, Alessandro Abis as Jago and Federica Giansanti as Giovanna, all once again under the baton of Alvise Casellati.