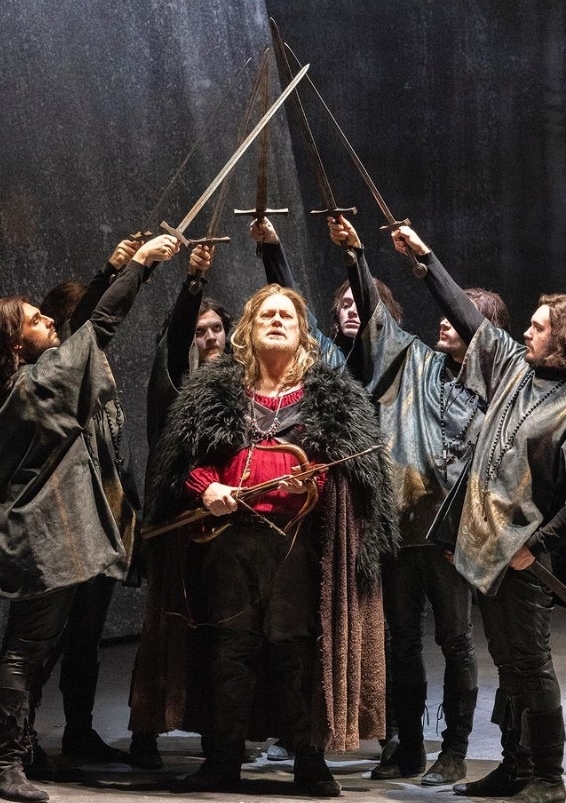 Gregory Kunde continues to reap success as the protagonist of Verdi’s “Ernani”, in the tour of the co-production of the Teatro Comunale di Ferrara, Municipale di Piacenza and Teatri di Reggio Emilia, directed by Gianmaria Aliverta.

“agile, powerful, confident in the high notes and able to sing the young Verdi’s with the bel canto style that would be his due (but which is rarely heard nowadays) is something not to be missed for any reason whatsoever! And when, at the end of Act II, the tenor triumphantly concludes the great aria “Odi il voto” (written especially by Verdi for Nicola Ivanoff on Rossini’s recommendation, but absent in the current score), the jubilation of the ovations reaches the stars and cries out for a vocal miracle.” Marco Beghelli (giornaledellamusica.it)

“Ernani’s vocal writing is in the line of “Belcanto”, an arduous and rigorous technique that Kunde masters with mastery, perfectly controlling his vocal emission from piano to fortissimo. His splendid interpretation was marked by the incisiveness and expressiveness of his legato and phrasing, allowing him to move effectively from the lover’s lyrical abandon to bitter invective with brilliant, sonorous treble. It was a performance in crescendo in which he sang with elegance but also with vigour and impetus, as Verdi demanded, and in which he also stood out for his precise stage presence as the impetuous and passionate romantic hero. Daniela Puggioni (gothicNetwork.org)

Following these successes, Gregory Kunde will take to the stage of the Teatro Valli in Reggio Emilia today and next Sunday the 13th, to once again step into the shoes of Verdi’s hero.

As on previous occasions in this production, Gregory Kunde will be joined by Francesca Dotto as Elvira, Evgeny Stavinsky as Don Ruy Gomez de Silva, Ernesto Petti as Don Carlo, Raffaele Feo as Don Riccardo, Alessandro Abis as Jago and Federica Giansanti as Giovanna, all under the baton of Alvise Casellati.