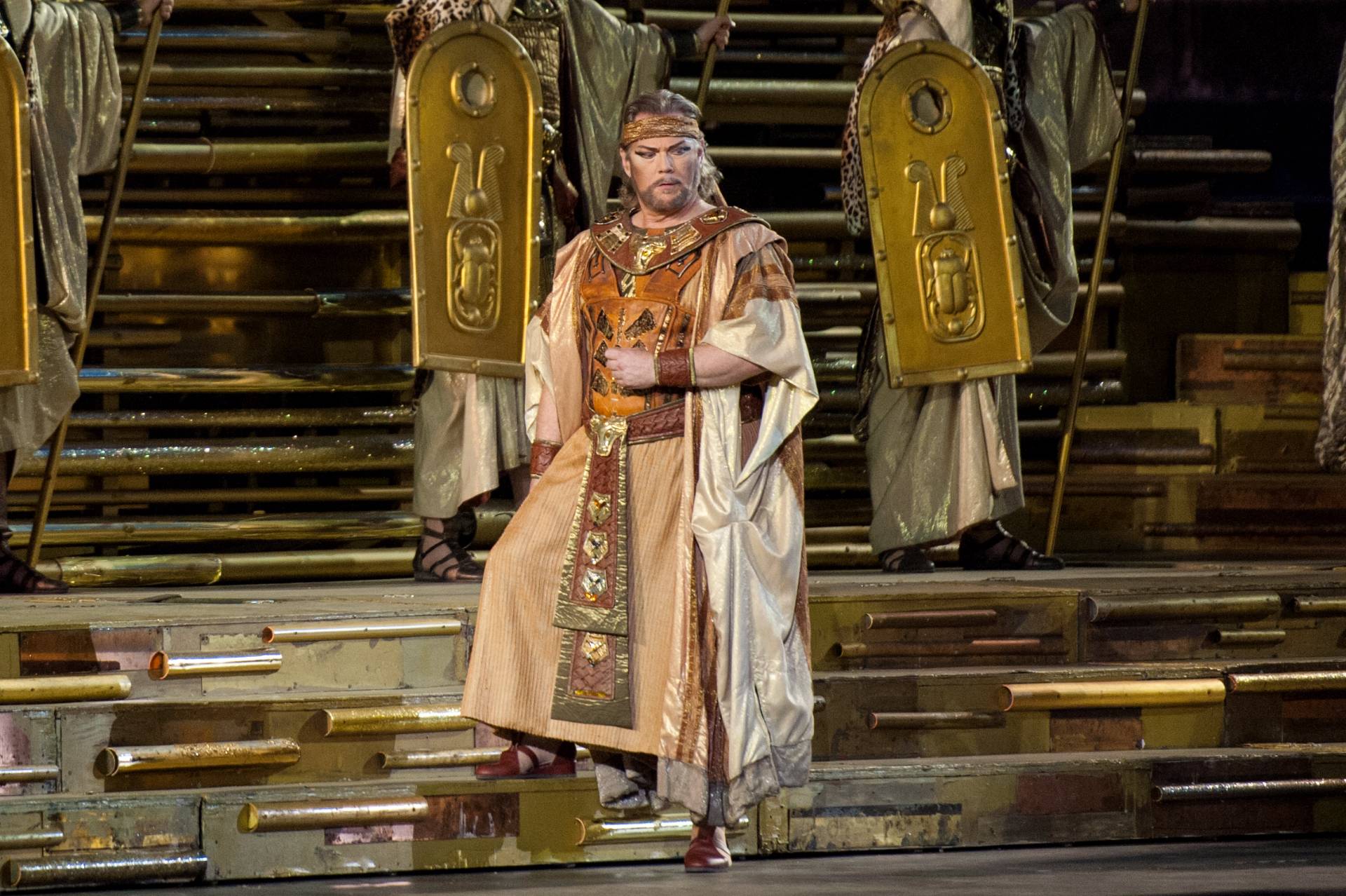 After an absence of twenty years, Aida, by Verdi, returns to the Teatro Real. The theatre in Madrid is reviving Hugo de Ana’s Aida, one of the most monumental and emblematic productions of its recent past. Along with the Argentine stage director, who is also responsible for the set design and the figurines, one of the revival’s protagonists will be Gregory Kunde, who is to sing the role of Radamès in the first cast. Other renowned artists in the triple cast selected for this great occasion include Violeta Urmana, Ekaterina Semenchuk, Daniela Barcellona, Fabio Sartori, Alfred Kim, Liudmyla Monastyrska, and Ana Pirozzi. They will be supported by the rest of the performers and by the Coro y Orquesta Titulares of the Teatro Real, under the batton of associate conductor Nicola Luisotti. This Teatro Real production, a co-production with the Lyric Opera of Chicago and the Teatro Municipal de Santiago de Chile, is based on the original Teatro Real production of 1998. The run is set for March 7th through March 25th and 17 performances will be offered.