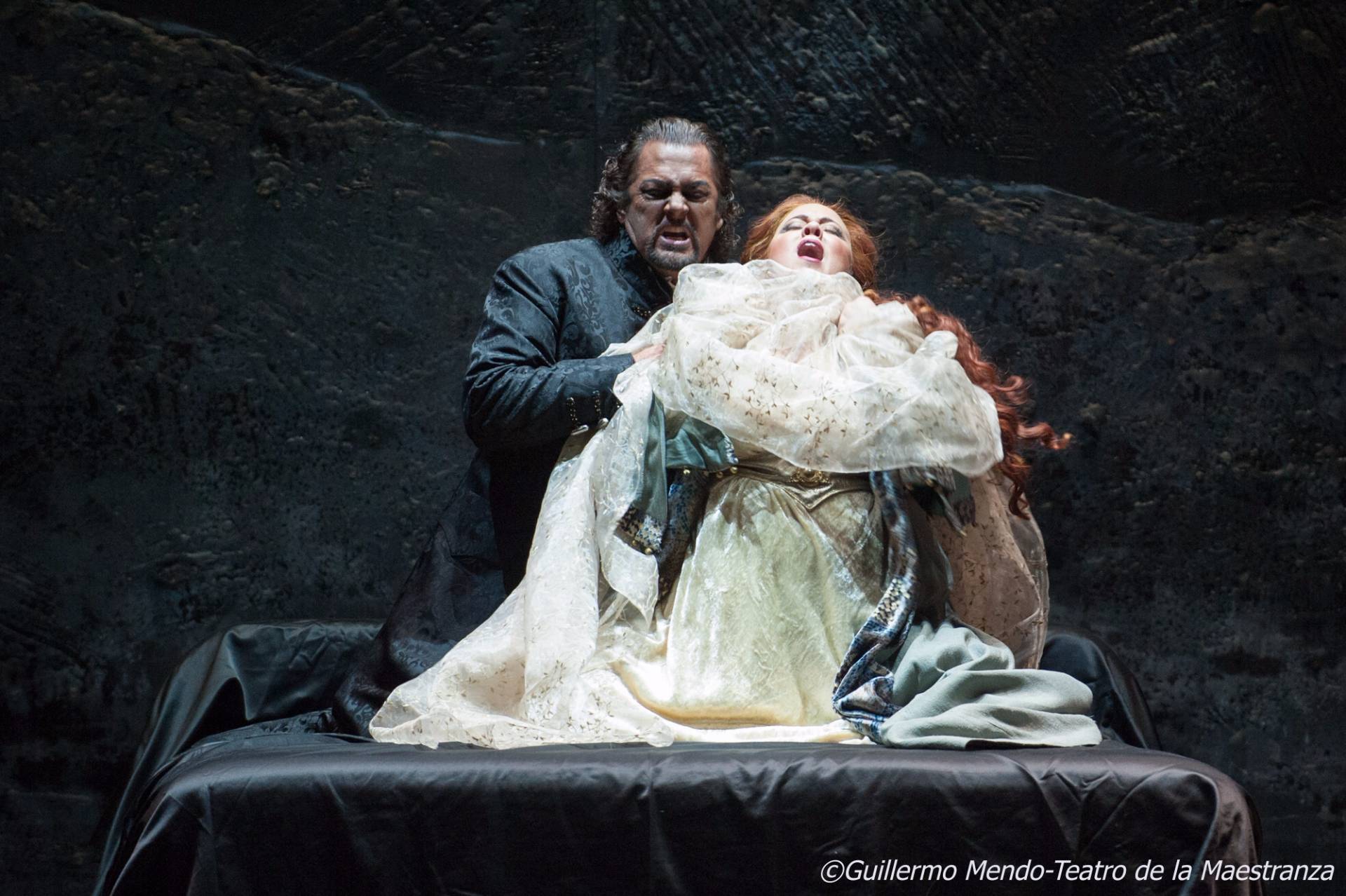 Just as he did a few months ago with Il Trovatore, the American tenor Gregory Kunde dazzled audiences and critics alike at the Royal Opera House Covent Garden in London. This time he did it singing the title role of Otello, by Giuseppe Verdi, in performances on July 8th, 12th and 15th. Words of praise such as the following have appeared in the specialised press:

–  “In the other was Gregory Kunde whose Otello in València in 2013 blew me away with his clarion power and Italianate pointing of the words.  (…) In many respects, this was an Otello without drama. Yet with the Kunde cast something happened. There was a chemistry between the principals missing in Kaufmann’s cast so that one was never left with any doubt that Röschmann’s Desdemona and Kunde’s Otello were two people deeply in love – this of course meant that the suspicions of betrayal had even more resonance. (…) Kunde on the other hand was in very fine voice tonight.  Right from that opening ‘esultate’, the bright clarion top ringing out, he took the role and ran with it.  One always felt that the voice would do everything he asked of it, from honeyed and well-supported pianissimi in the love duet, to the journey from despair to conflicted resolution in ‘dio mi potevi’. The way he shaded the A-flat on ‘paradiso’ in the love duet was absolutely magical. There is a little dryness at the bottom but the top really does open up magnificently, filling the theatre with a concentrated burst of sound. Kunde mapped out the character’s journey from warrior to lover to murderer not only through his vocalism, but also through his acting and use of text with impeccable diction throughout. Indeed, this was something that really distinguished his cast – the three principal roles were really sung off the text and genuinely lived with drama, something that felt absent in the other cast. (…) And yet, tonight’s Kunde, Röschmann and Lučić cast felt like a very satisfying night at the opera. We were given singing that was genuine and got right to the heart of the work with believable characterizations and chemistry between the principals. Above all, there was a sense that we were watching people living their characters and giving us a performance of rare honesty. I very much hope that the Royal Opera is able to capture this cast on film for DVD release.  (Opera Traveller)

–  “The high notes are always very powerful, which makes the most heroic scenes especially electrifying, while the timbre, which is clear, stands out from the orchestra: his “Esultate!” is truly an ode to victory. (…) Dramatically, the singer has matured in his interpretation, which is exact and free of excesses, comfortable in this staging. Remarkably, even at age 63, Kunde has a natural presence and security that make him perfectly credible in this role of injured fawn, with a “Dio mi potevi scagliar” that will go down in history.” (Forum Opera)

–  “Gregory Kunde, in the title role, superbly combines his magnificent singing to his fine acting. He realistically conveys Otello’s jealous rage after having been poisoned by Iago, played by Željko Lučić, who brings an impressive element of sophistication to the dark role, particularly during his evil ‘Credo’.”  Enza De Francisci (Plays to See)

–  “The second of the operas offered that day was again Verdi’s Otello, but with a new cast, headed by Gregory Kunde. (…) Leading the cast was the American Gregory Kunde, who both vocally and performatively made a great Otello. At age 63 he is in excellent vocal shape and is a magnificent singer. It is true there were a few signs of fatigue, but he was capable of concealing it skillfully. Apart from his vocal performance being impeccable, his composition of the character was fully convincing from start to finish. He did everything well but I would especially highlight his exceptional interpretation of “Dio mi potevi scagliar”. A grand Otello.” José M. Irurzun (Opera World)