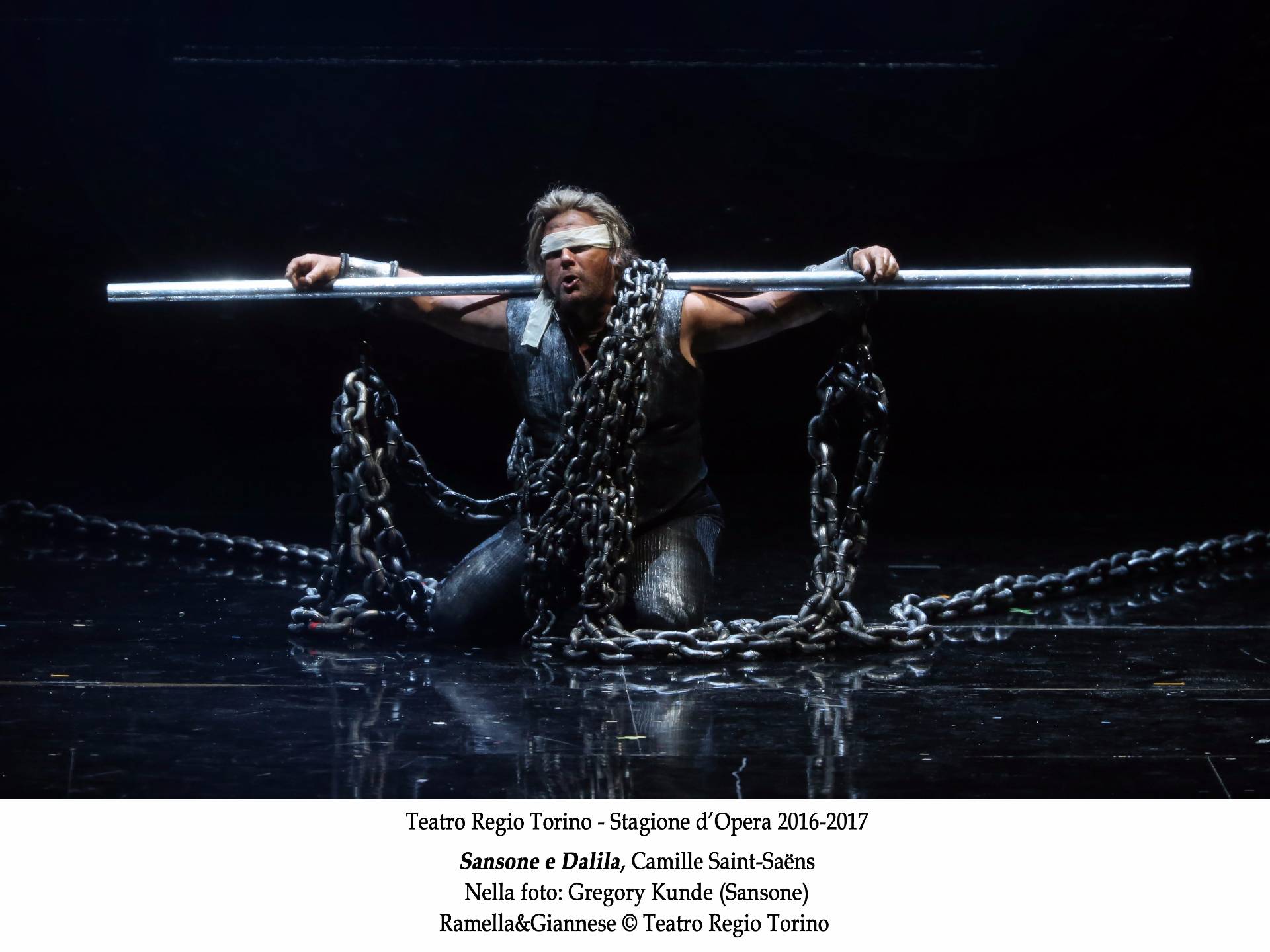 Following his recent triumph at the Palau de Les Arts of Valencia, the American tenor Gregory Kunde will again embody Samson in the new Teatro Regio di Torino production of Samson et Dalila. This grand opera in three acts and four scenes, with music by Camille Saint-Saëns and libretto by Ferdinand Lemaire, is based on the tale of Samson and Delilah, from the Book of Judges of the Old Testament. It is the only opera, of the thirteen composed by Saint-Saëns, which continues to be performed. This co-production with the National Centre for the Performing Arts of Beijing will be staged from November 15th through November 26th. It will be conducted by Pinchas Steinberg and directed by Hugo de Ana. On this occasion, the co-protagonist of this Saint-Saëns opera will be the Italian mezzosoprano Daniela Barcellona, in the role of Dalila. Also singing will be the baritone Claudio Sgura, as the High Priest of Dagon, and the bass Andrea Comelli, as Abimélech.