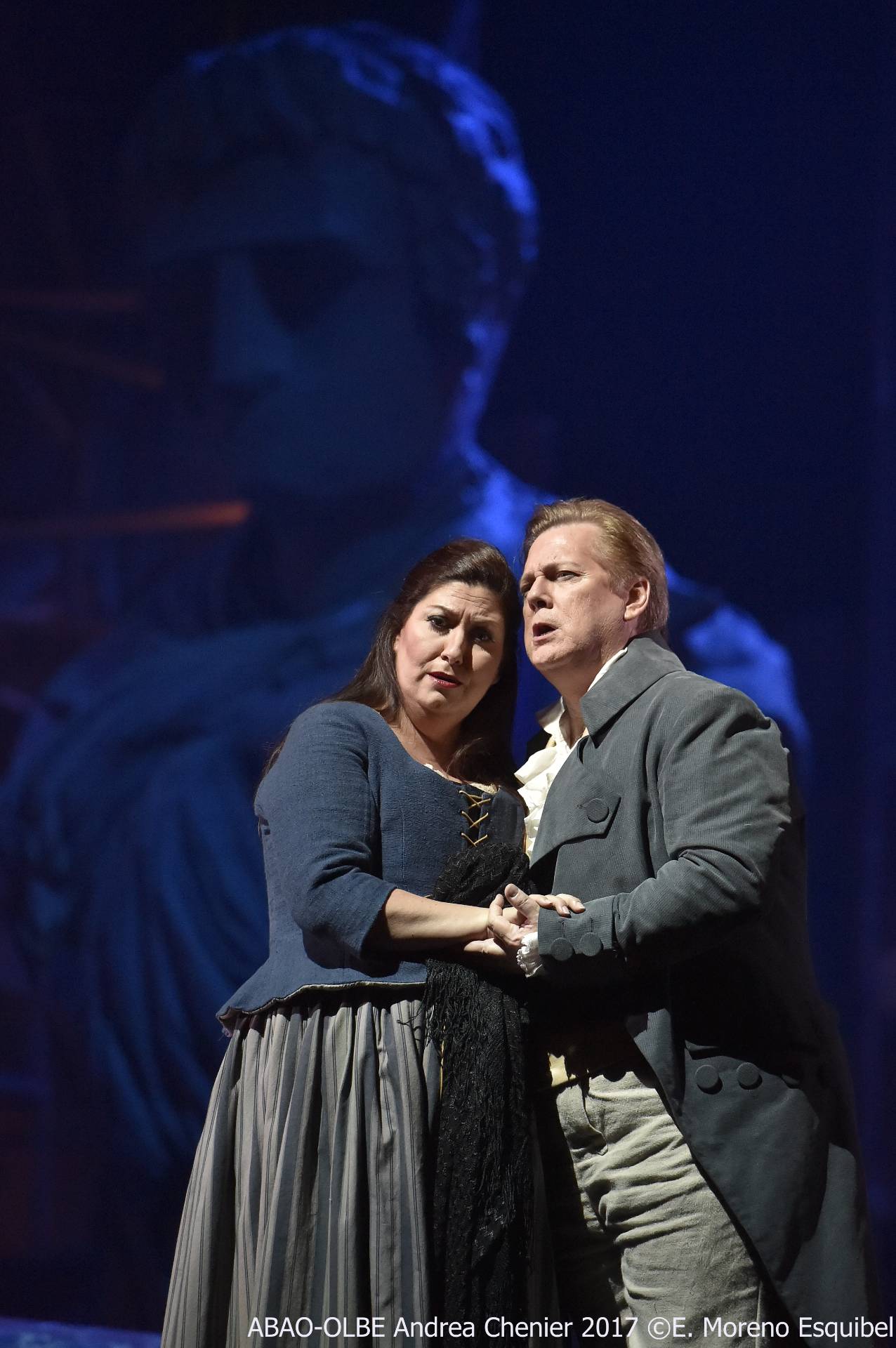 Following his resounding success at the Teatro dell’Opera di Roma in the role of Andrea Chénier, tenor Gregory Kunde will again give life to the poet executed during the French Revolution. This time it will be at the ABAO, which has programmed this Umberto Giordano opera to mark the close of its 2016/2017 season. Andrea Chénier will be on stage from May 20th to May 29th at the Palacio Euskalduna of Bilbao. Gregory Kunde will be accompanied on stage by singers of the stature of Anna Pirozzi, who will give life to Maddalena de Coigny, Ambrogio Maestri, who will be Carlo Gérard and Elena Zilio, who will be the Countess de Coigny, and others. The conductor will be Maestro Stefano Ranzani, who will be leading the Bilbao Orkestra Sinfonikoa and the Coro de Ópera de Bilbao. Alfonso Romero Mora is responsible for the stage direction of this co-production with the Peralada Festival, where it was presented in 2014.