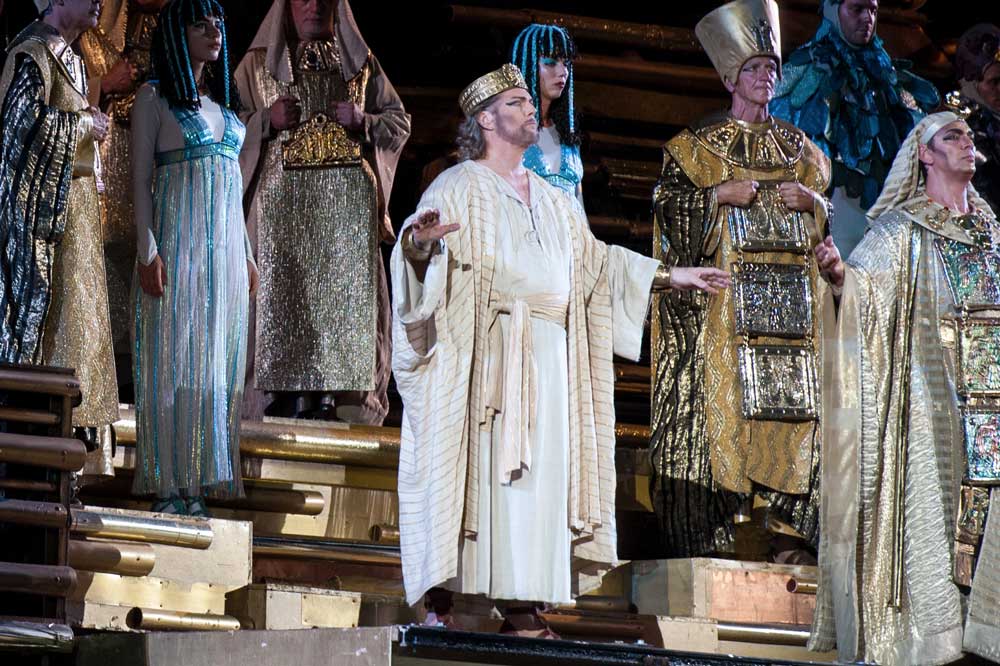 – “At her side a brilliant Radames by Gregory Kunde, in very fine form since the start, with ‘Celeste Aida’. Kunde manages to make the two facets of the character his own, moving constantly between the lyrical and the heroic. His third act was splendid, with impeccable firmness of voice and an incredibly vibrant dramatic strength. It is always admirable that a single soloist like him can take on, in a period of just three months, parts as different as Meyerbeer’s Le Prophéte, Britten’s Peter Grimes and this challenging role by Verdi”. Alejandro Martínez (Platea Magazine)

-“The American tenor Gregory Kunde offered the audience some of the most outstanding lyrical moments. The lovely timbre of his high notes and the lyricism with which he sang the final duet ‘O terra addio’ are indicative of the fact that this tenor began his career as a ligerro tenor (he was highly acclaimed in the role of Arturo, in Puritani and then moved to dramatic roles). As a dramatic tenor he made his debut at La Fenice as Verdi’s Otelo. His other Verdian roles include Rodolfo (Luisa Miller), Riccardo (Un ballo in maschera) and Don Álvaro (La forza del destino)”. Isabel Cantos (El imparcial)