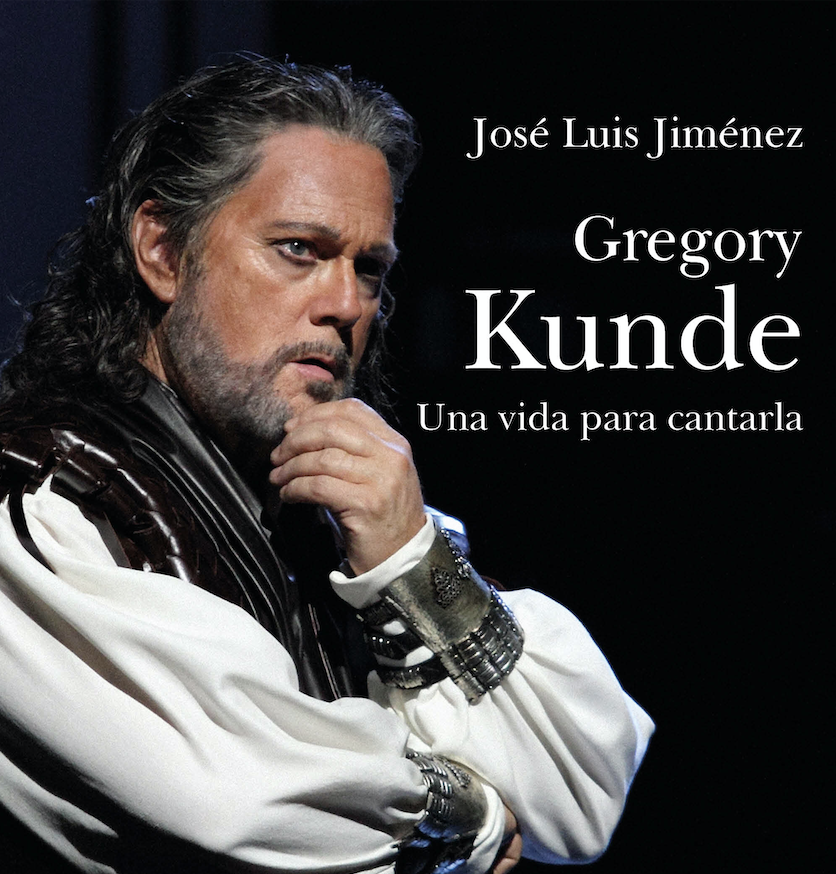 Coinciding with the Turandot performances which Gregory Kunde will star in at the Gran Teatre del Liceu of Barcelona, as part of the season that marks the 20th anniversary of the theatre’s reopening after fire devastated it in the 1990s, a new book on the singer’s life will be presented. Gregory Kunde. Una vida para cantarla is a biography about the American tenor written by the journalist José Luis Jiménez, with a prologue by the Maestro Antonio Pappano. The publishing company Pigmalión has published the book as part of its Ex Libris collection.

Kunde’s fascinating story of tenacity and resilience will be presented on September 30th, at 11:30 a.m., at the Gran Teatre del Liceu of Barcelona, in the “Tenor Viñas” hall. Participating in the press conference and book presentation, in addition to the tenor himself, will be Víctor García de Gomar, artistic director of the Liceu, Basilio Rodríguez Cañada, president of the publishing company Pigmalión and of course José Luis Jiménez, the book’s author. The moderator of the event will be Pablo Meléndez Haddad, editor-in-chief of the magazine Ópera Actual.

According to the author, the book is “an authorized biography about the tenor, the fruit of two years of work and over 40 hours of conversation between Kunde and himself, dialogues that took place in different European cities when the artist had singing engagements there. So, the narration unfolds in Madrid, Turin, London and Bologna, in the style of a major feature story, and in it we learn not just about the singer’s life and career but also his less-well-known personal reflections about the world of opera. In addition to Kunde, other figures have participated in the book’s creation, people who have played a significant role in Kunde’s career, such as Roberto Abbado, Alberto Zedda, Fortunato Ortombina, Joan Matabosch and César Wonenburger, among others.

From his early years in the small town of Kankakee (Illinois) through his triumph in Europe in his 50s, and also covering the training he received at the Lyric Opera of Chicago, his arrival at the Festival of Pesaro and the most difficult chapter in his life, his fight against cancer, an episode from which he emerged victorious and with even more strength than before, with which to continue singing.

The biography also takes a look at Kunde’s main roles during his career, theatres in which he has performed over the years and renowned names that have marked a professional career lasting forty years and who today continue to have their eyes and ears on an artist with upcoming engagements at the Royal Opera House of London, the Opera di Roma, the Wiener Staatsoper and the Gran Teatre del Liceu, some of the world’s most important stages.”

Two additional book presentations have been scheduled for the month of November. One will be held at the Teatro de la Maestranza, in Seville, on the occasion of the Samson et Dalila production in which Kunde has a leading role. The other will take place in A Coruña.